Dual subject siblings continue to strive in their studies with Kumon 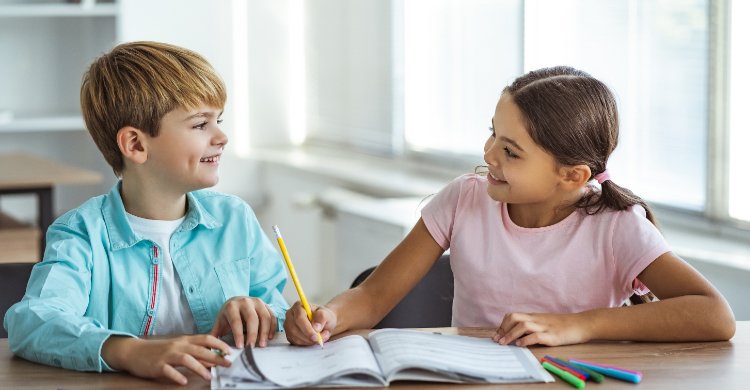 Siblings, Caolfhionn and Cillian have been attending the Kumon Dundrum Study Centre for around three years, where they’ve both excelled in their maths and English abilities.

It was older sister, Caolfhionn, who began her Kumon journey first, when, at the age of nine, she joined the English Programme. Caolfhionn suffered from hearing loss which had impacted her learning and confidence, and as a result, she had fallen behind her peers at school. After starting her on the Kumon English Programme, her mother was so pleased with her progress in just a short period that she decided to also enrol her in to the maths programme too! Today, at the age of 12, Caolfhionn has caught up to her expected level in English and is surpassing her classmates in maths, which is now also her favourite subject and is studying secondary school level work.

Younger brother, Cillian, followed his sister’s footsteps, and at seven-years-old, joined Kumon to study both maths and English. Now aged nine, he completes all his schoolwork confidently and continues to develop his ability in both subjects. With perseverance and daily commitment to their studies, both siblings are clearly making excellent progress through the Kumon programmes.

The children’s mother, Sinead, believes that studying Kumon has given her children an excellent head-start with their education that will continue to benefit them as they go through school, university and for life. No doubt her support and encouragement has helped Caolfhionn and Cillian to succeed in their progress through the Kumon programmes so far.

“The structure of the Kumon Maths and English Study Programmes has helped my children to become habituated in daily study. The maths programme gives a thorough fundamental knowledge in the foundation of maths, which is imperative for maths education. It takes the secrecy out of maths and sends a message that anyone can be good at maths - everyone has a “maths brain” - you just have to trigger it! Daily study and working at your own pace have developed my children’s confidence considerably. Cillian is progressing well in maths at school and Caolfhionn has excelled in sixth class, which I put down to the specific building blocks that have been laid with all the previous levels.

The English programme has worked for us because of the use of visuals as a fundamental tool in learning to read and spell. I feel that both my children are visual learners and that was the key. The literature is so rich and customised to each level of reading ability. Comprehension and teaching them how to investigate and retrieve the relevant information are key learning skills for their further education. The program has developed Cillian’s writing ability, presentation and grammar skills, which I feel is something that would have been overlooked if he had not joined Kumon.”

Kumon nurtures students by giving them the tools they need to enjoy learning and thrive academically, which increases their enjoyment across a wide range of subjects at school, alongside preparing them for personal and professional success later in life. Both children have observed a noticeable impact of their Kumon studies on their progress at school.

“I enjoy the importance Kumon places on completing our study of the worksheets every day. This has helped me improve my approach to studying and has encouraged me to have a positive work ethic, become a self-learner and develop my reading and writing ability considerably; now I am able to read all my school books confidently and I’m pretty good at spelling.

Maths is now my favourite subject at school and my school grades have improved considerably. Since I’m used to doing tests at Kumon, I complete my school exams as calmly as possible.

Kumon study has helped me to clearly understand and complete my school work without mistakes; so much so, I understand certain maths topics before they’re explained to me. I feel extremely happy and proud when this happens! Additionally, the structure of the programme makes you want to move up onto the next level and achieve that certificate. I’ve always looked forward to moving up to the next levels.”

The children’s mother, Sinead, is thrilled with their achievements so far. “The main skill Caolfhionn has developed is getting use to the idea of doing extra work and going above and beyond. Kumon has taught her that if she puts in a little extra effort, she can achieve a lot. The discipline of study and setting targets will stand to her throughout her schooling and beyond. For Cillian, I’ve noticed a big improvement is his literacy skills - his spellings, presentation and handwriting skills - and he loves reading all sorts of genres. Before joining Kumon, Cillian also had poor concentration levels, and while his mind can still wander, Kumon has improved this. He now sees a task through.”

Sinead delights in the fact that they have both become hard-working and self-disciplined individuals who are willing to take on new challenges. She says that this would not have been entirely possible without the support of their Instructor, Padraig Quinlan.

“Both my children and I have the height of respect for Padraig and his team. Neither of my children would be the first to put their hand up in school but with Padraig they have no problem asking for help. As Padraig says, ‘if you make a mistake – you’re learning’. Padraig and his team create the loveliest learning environment, and really encourage all their students no matter what their capabilities by building a trusting relationship with the children and really showing an interest in their success. I am able to talk to Padraig freely about their progress and he is always there to support and advise.”

Sinead feels that Kumon will continue to benefit her children in later life and has made recommendations to several other families whose children are all doing well in their respective programmes. She said, “Aside from improving my children’s academic ability, Kumon has developed Caolfhionn’s and Cillian’s life skills; I hope it has taught them that if they are willing to put in the work, they can pretty much achieve what they set their mind to. Personally, my husband and I feel it’s the best gift we could have given our children. Padraig and his team have made a significant difference to Caolfhionn and Cillian’s education. I think my children will realise the value of Kumon in the future and they will never forget Padraig and Cliodhna, a former Kumon Instructor and an important team member at the centre.”

Well done, Caolfhionn and Cillian! We’re sure you’ll continue to progress and strive towards completing both the Kumon Maths and English Study Programmes and we wish you all the best in your further education and beyond. 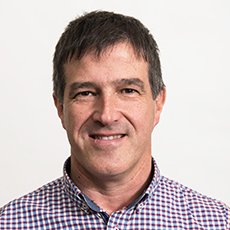 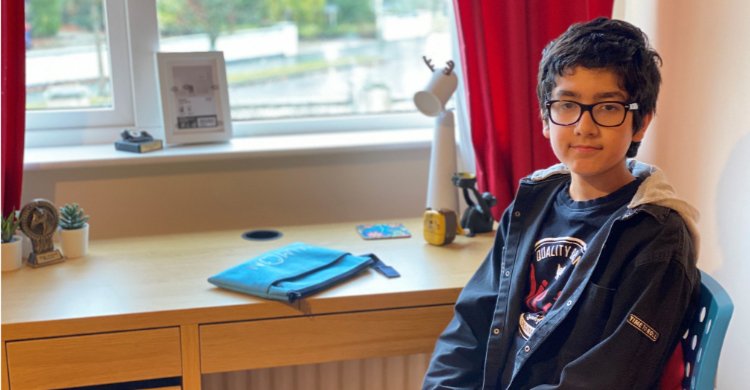 Latest
Articles for parents
Ameer and his sister lead their family on the path to academic success
Ameer has taken just five years to complete the entire Kumon English Programme; an endeavour that’s all the more impressive given his young age of just 11. Since joining the Kumon Douglas Study Centre he’s developed fundamental skills that enable Ameer to excel at school. 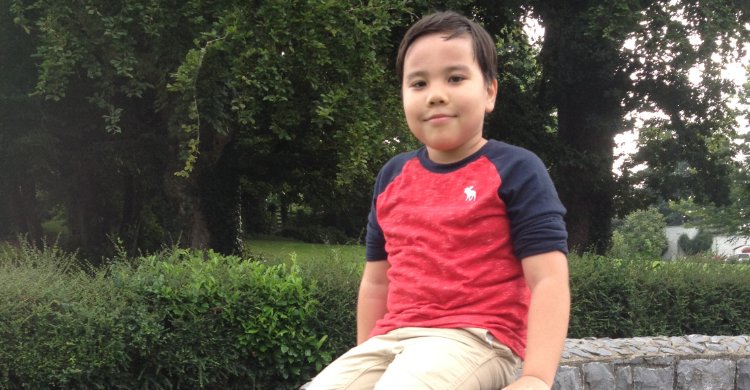 Latest
Articles for parents
Ethan earns praise for his focus and dedication
Nine-year-old Ethan joined the Kumon Castletroy Study Centre to study the Kumon Maths Programme in autumn 2018. Over the past two years, Ethan has made considerable progress in maths and has developed a love for the subject; mastering the four operations and getting to grips with manipulating fractions. 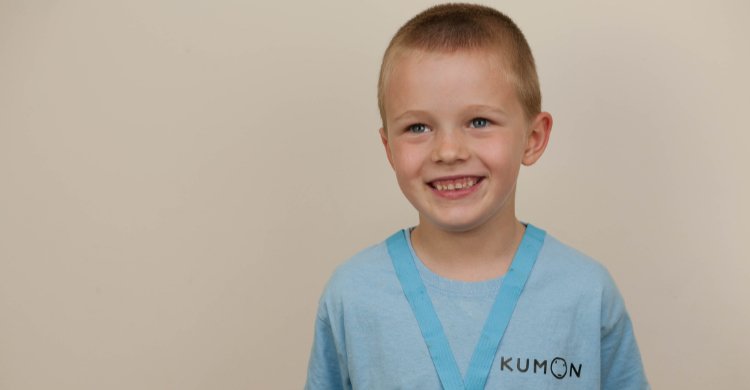 Latest
Success stories
Six-year-old Leszek finds great joy in Maths and studying with Kumon
Six-year-old Leszek joined the Kumon Firhouse Study Centre in Ireland late in 2019 to study the Kumon Maths Programme. In a short space of time, he has made considerable progress and is already studying long multiplication and division.